It was Norman Woodland and Bernard Silver who invented this technology. They began in 1948 trying to answer a request to create a system to automatically read product information during checkout for a local food chain, in Philadelphia.

Their first working system was a failure, they used ultraviolet ink that faded easily and was expensive, but they didn’t give up. The first successful system was based on Morse code, on which Woodland created his first barcode. Later on, he decided to print as a circle instead of a line, allowing it to be scanned in any direction. Both systems got patented in 1952, taking over 20 years for it to become commercially successful.

The first ones to use it were the Association of American Railroads, in the late 1960’s, who used it to identify railroad rolling stock. But this wasn’t very successful and 10 years later they stop using it. It was in the supermarket checkout systems that this technology started being successful, becoming almost universal use that extends until today (with variants of the design of the barcode itself). The barcode currently used for tracking trade items is the Universal Product Code (UPC), first used in 1974 on a pack of chewing gum.

A barcode is a form of displaying information in a visual, machine-readable form.

The oldest type of barcodes are referred as linear or one dimensional (1D). These represent data by varying the widths and spacings of parallel lines.

Later on, two dimensional barcodes were developed, these use geometric patterns, such as rectangles, dots, hexagons and others. These are called matrix codes or 2D barcodes. 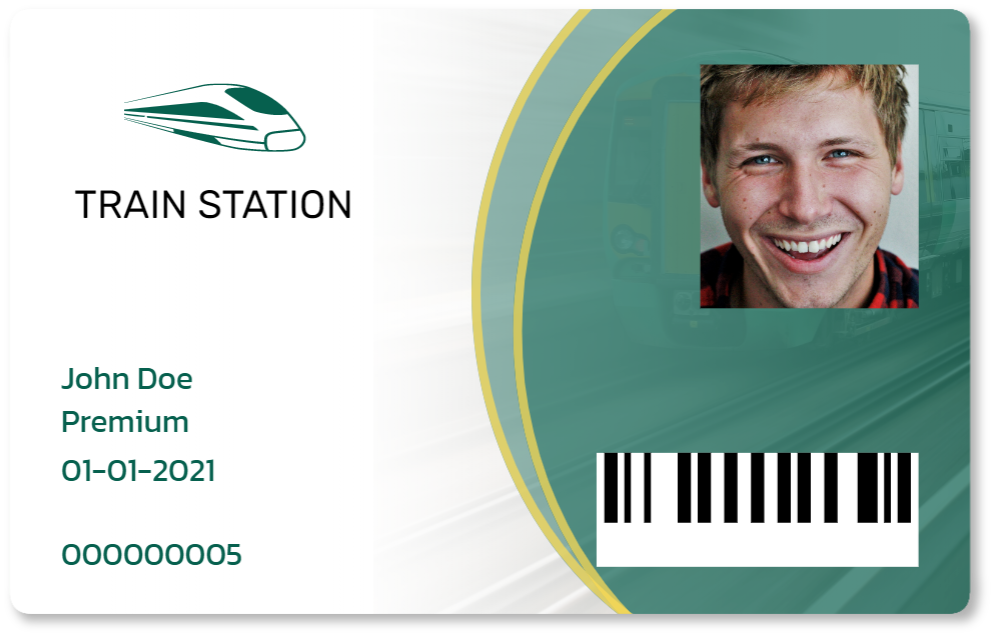 How does it work?

To use a 1D barcode system you need 3 things: a central computer running a database (this database keeps all the data you need), the barcodes (can come pre-printed or you need to print them with a barcode printer) and a barcode reader

The barcode is encoded with data associated to our database, so when using the barcode reader/scanner you will be able to access all the information about this specific product/item.

The reader consists in an illumination system, a sensor and a decoder. So, the sensor in the barcode reader detects the reflected light from the illumination system (the red light) and generates an analog signal that is sent to the decoder. The decoder interprets that signal, validates the barcode using the check digit, and converts it into text. The converted text is then delivered to the computer that associates to the data in the database.

Using application tools, the 2D barcodes can be read or deconstructed on mobile devices with built-in cameras, like our smartphones.

This system is widely used in many contexts around the world, such as healthcare, entertainment and many other industries.

Barcodes have been very useful in different industries has they can be a cost and time effective method that improves efficiency through various reasons as:

-Scanning a barcode is fast and reliable.

-Reduces employee training time and cost as it’s simple and fast to use.

-Inexpensive to design and print.

-Data obtained through barcodes are immediately available on the database, as they are scanned directly to it.

Barcodes can be easily replicated but has the magnetic stripe, the systems that use them need to be prepared to ensure it’s secure.

For example, the most common barcode to be used in payments QR Code but it’s used exclusively as a tool that is used to exchange information. All the data that is transferred via QR Codes is encrypted and this makes it secure.

It was designed by the International Article Numbering Association (EAN) in Europe and is used by most of the European countries.

It’s a superset of the original 12-digit UPC system, such that any software or hardware used to read EAN-13 is capable of reading UPC-A symbol.

13 digits by this order:

Note: Country Code can need 3 digits, when this happens the Manufacturer ID has 4 digits.

Used worldwide for marking products often sold in retail and points of sales.

This type of barcode is based on the EAN-13 code and it’s purpose is to occupy as little space as possible. There is a limited number of this type of codes, so they are only issued for products with insufficient space for the EAN-13 barcode, that’s why Manufacturers need to apply to be able to use this type of code.

8 digits by this order:

Products where with limited space, like candies, cigarettes, pencils and others.
Can also be used to encode RCN-8s (8-digit Restricted Circulation Numbers) used to identify own-brand products sold in their stores.
Major application industry:

Created by IBM in 1971, UPC-A code is STD version in USA and Canada for all consumable and expendable goods offered in wholesale and retail businesses. It is very similar to the EAN-13 code.

12 digits by this order:

UPC-E is a compressed version of the UPC-A which allows for a more compact barcode by compressing unnecessary 0’s, designed for low-volume products. The information stored is the same in both types of codes.

Developed in 1986 by the Identicon Corporation, the Industrial 2 of 5 code belongs to the“2 of 5”family.
The name “2 of 5” is due to the fact that 5 bar digits are encoded, two are wide and the rest are narrow.
The barcode gaps exist only to distinguish the bars from each other.

This code has a variable width.
It can be composed by:

Developed in 1972 by Intermec, based on the Industrial 2 of 5, this code offers a higher density numeric symbol compared to the Industrial variant. It’s more efficient and allows to encode in both bars and spaces.

This type of code has a variable width but needs to be encoded with an even number of numeric values.
It can be composed by:

Developed in 1972, Codabar is a discrete, self-checking symbol that has many variations of itself.

Codabar codes have a variable length, being the only limitation defined by the width available for print.
It can be composed by:

Often referred to as USD-8, Code 11 is a high-density discrete symbol developed by Intermec in 1977.

It can be composed by:

In 1974, code 39 is the first alphanumeric symbol created by Intermec, with variable length and discrete barcode technology.

43 maximum characters.
Can be composed by:

Developed in 1982 by Intermec, Code 93 came as a complement and improvement upon 39. Both codes are very similar, but what differs in Code 93 is that it’s a continuous symbol and produces a much denser code. This reflects on the fact that label that use Code 93 are around 25% shorter than the one that use Code 39.

Code 93 is capable of encoding 47 characters in one code.
In STD version it can be composed with:

Result from a Computer Identics design and Automatic Identification Manufacturers, Inc., Code 128 is very popular in industry and stores. Its name comes from the fact that it supports the 128 characters from ASCII.
These codes are compact and have high density.

These codes have a variable width
Can be composed by:

Databar is a group of linear symbols used in GS1 barcode system.
There are 3 types of GS1 Databar symbols and 7 Databar variations.

The 7 variations are divided per each one of the 3 types:

The QR  Code is a type of matrix (2D) barcode that was developed by Denso Wave (Toyota Subsidiary) in 1994 for the Automotive Japanese industry, in order to ease the management of their components.

It was designed to allow high-speed component scanning and can be red in all 360º position of the code and has a high data density.

Note: Even if a QR Code is broken, it can still be read correctly, thanks to its 4 levels of error correction.

Used in payments codes, website logins, data encryption and others.

Developed by Symbol Technologies Inc. in 1991, this barcode is a type of stacked linear barcode. It consists of 3 to 90 rows and each row consists in 1 small 1D barcode.

The name PDF417 is based on the initials of Portable Data File and on the structure of the code, so each pattern consists of 4 bars and spaces and each pattern is 17 units long.

Launched in 1994 Data Matrix is a 2D code that supports advanced encoding error checking and correcting algorithms. This means that even if these barcodes are up to 60% damaged, they can still be recognized, so they’re perfect for use in situations where there is a big possibility of suffering damage.

This type of barcode has another great characteristic, they can be adjusted in terms of size. It can be as small as 2.5 mm meanwhile this feature is independent from the encoded data capacity.

Popular use for labeling small items, such as small electronic components and pill bottles.

MaxiCode is a 2D code developed by United Parcel Service in 1989 to create a system that enabled quicker identification, follow-up and sorting of parcels. This code is very well suitable for tracking and managing shipments of packages, as it can encode information such as purchase order number, customer reference, invoice number, tracking number and indicator of the originating carrier.

Aztec codes use less space due to its lack of quiet zone. This characteristic makes of this code the ideal choice in scenario where there is limited space.

Supports full ASCII
This type of code supports a maximum of 32 layers that can store up to: