Magnetic recording was initially applied on a steel tape and wire around 1900 for audio recording purposes in Denmark. Later on, in the 1950s, a plastic tape coated with iron oxide was invented for the magnetic recording of digital computer data.

In 1960s, the magnetic tape idea was used by IBM in order to develop a reliable way of securing magnetic stripes to plastic cards for security purposes as a request from the US government.

The idea of the magnetic stripe card appeared in 1969 when Forrest Parry, and engineer from IBM, tried sticking a magnetic tape to a plastic card base, however, he wasn’t obtaining any satisfying results. One day, after spending the day in the lab trying to get it right, he went home with several pieces of magnetic tape and several plastic cards. Forrest explained to his wife, who was ironing clothing, why he was so frustrated, and she suggested that he should use the iron to melt the magnetic stripe on the card and it worked.

This type of card is normally used for several applications, including credit cards, identity cards, and transportation tickets. 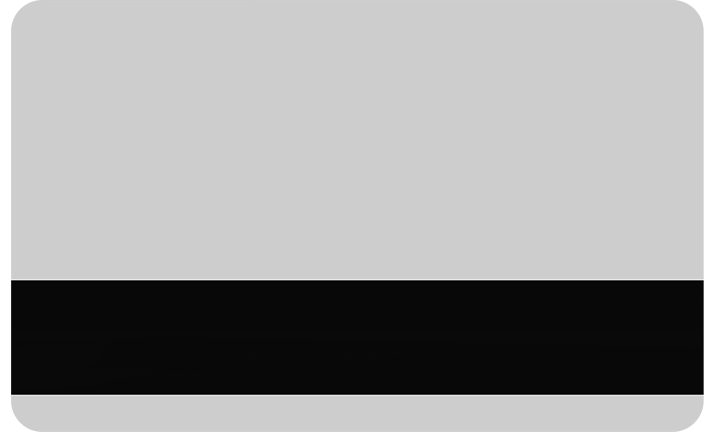 On an un-encoded stripe, all the particles are aligned in one direction (they’ve got the same polarity/charge). So, the encoding process consists of changing the polarity of certain particles in order to create a pattern that will symbolize data.

An encoding device is nothing more than a magnetic field producer that has the ability to switch between positive and negative charges, following a computer order. The computer indicates when to switch in between charges, controlling the formation of the pattern.

A binary situation is created via this process, positive and negative states are read as 0’s and 1’s. This way, a series of 0’s and 1’s can represent letters and numbers.

ISO’s standards (ISO/IEC 7813) indicate the use of 3 tracks, although a magnetic stripe card can have either 2 or 3 Tracks, depending on the application that the card will have. Each track is 0.11 inches (2.79mm) in height and has its own purpose.

The first track was designed by the IATA (International Air Transportation Association) with the purpose of storing ticketing and reservation data. Nowadays, track 1 has a different purpose. It features a:

The second track was developed by the American Bankers Association and features:

The third track was developed by the Thrift Industry (savings and loan associations) and the main difference from the other tracks is its read-write capability. This track was designed to be updated at each transaction. It features:

Card readers usually read track 1 or 2, sometimes both (when one track is unreadable). The minimum cardholder information needed to complete a transaction is present on both tracks. Also has track 1 is the only one that may contain alphabetic text, it’s the only one that contains the cardholder’s name.

Track 3 is virtually unused by the major worldwide networks and most times isn’t even present on the card (narrower magnetic stripe).

Some card applications may use other formats due to the necessity of representing special characters from their alphabets as, for example, Japanese financial cards.

The standards used for magnetic encoding in Japan are JIS X 6302. This format has two variant types, JIS-I and JIS-II.

JIS-I is used with 3 track magnetic stripe and it is suffered a revision in order to have it’s standards to be in conformity with the ISO/IEC standards. 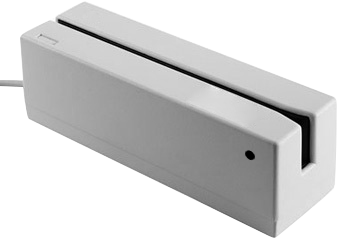 HiCo magnetic stripes use 4000 Oe, that makes them are harder to encode and to erase. This makes them appropriate for cards that are used with much more frequency, such as credit/debit cards.

Meanwhile, LoCo use 300 Oe, what makes them easier to record and erase, and they have a shorter life span. These are usually used for hotel room keys, time and attendance tracking and others. This type of cards are more susceptible to damage or accidental erase due to proximity to magnetic materials.

LoCo stripes are light brown and HiCo are nearly black (card readers can read both variants). Both can be read by most of the card readers that used nowadays.

Although this seems like a very secure process, criminals can use a “skimmer”(device that reads and stores your card number, expiration date and cardholder’s name) to steal your information. Notice that this is a very sophisticated process as it still makes it hard for someone to try and obtain your card information.